We woke up this morning to a blanket of snow. By 1:00pm most of it was gone. But about 8:00am, we took off hiking through the Northwood Forest Preserve. There were plenty of breath-taking views on the walk through the woods.

It always starts out the same way...on the trail head.
Always anxious to see what's ahead. It was quiet this morning...and cold. 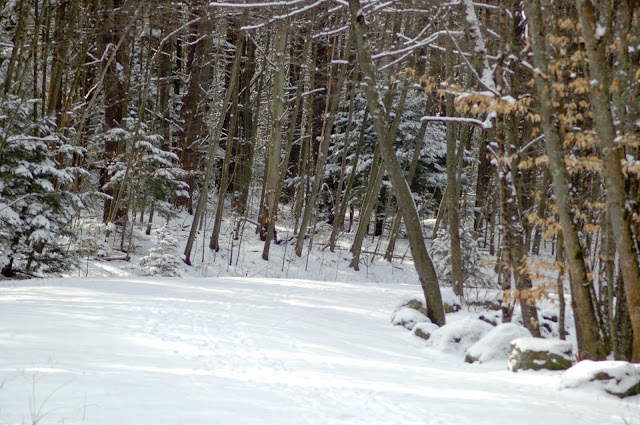 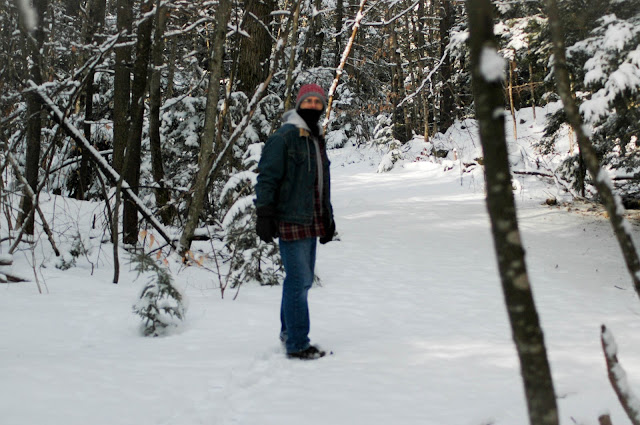 Occasionally the snow would be blown out of the trees by the wind....or by Michael grabbing on to one of the branches and shaking. It was not easy capturing snow falling... 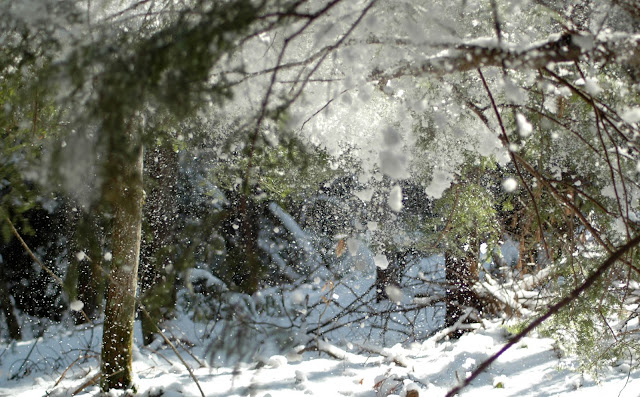 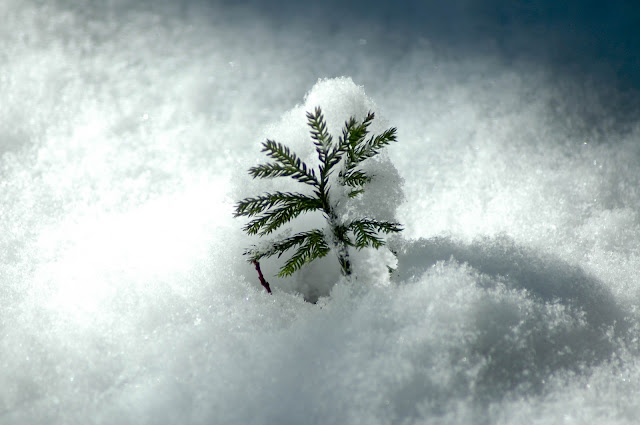 As I started to look around, I saw tiny things nearly buried in the snow, little seedlings looked as though they were breaking out of a shell...looking for the sunshine. 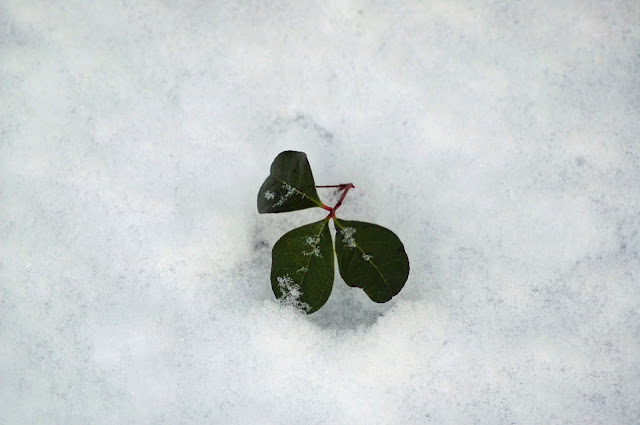 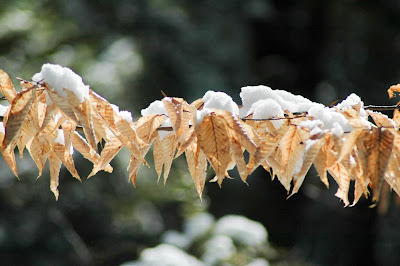 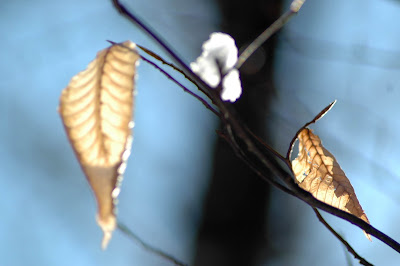 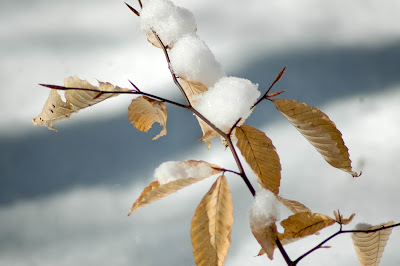 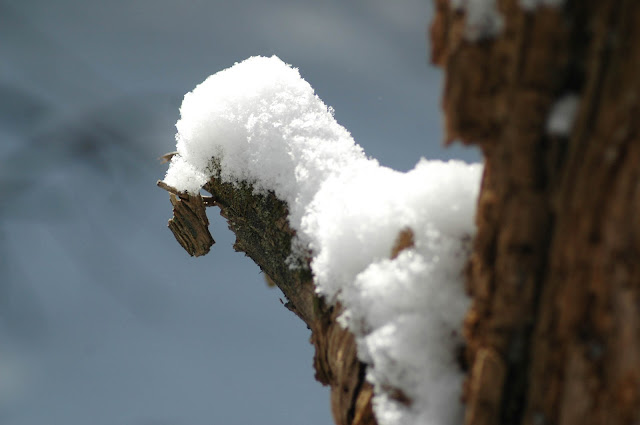 Contrast between the softness of snow and ruggedness of wood. 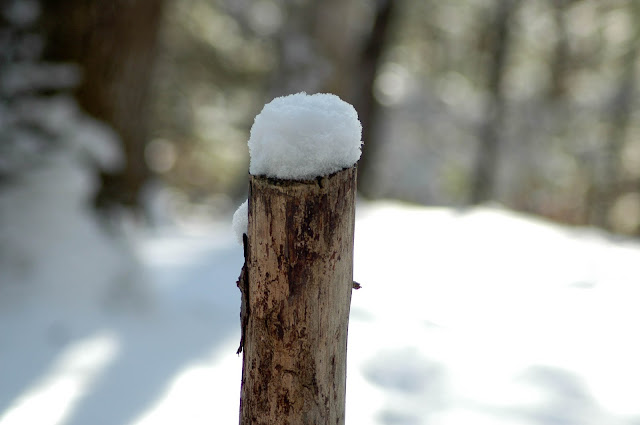 Once an artist....always an artist. However, this...is a new medium. 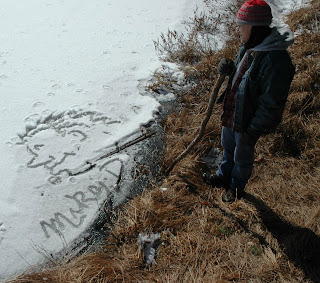 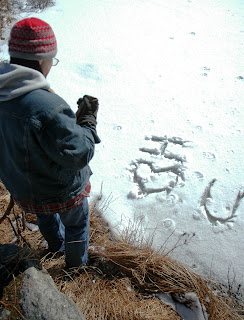 We were hiking around this snow/ice covered lake. Very beautiful.
Hiking through the woods was a bit adventurous because of the slippery ice.
We were very happy to finally find the trail again. I adore these peaceful times.﻿ 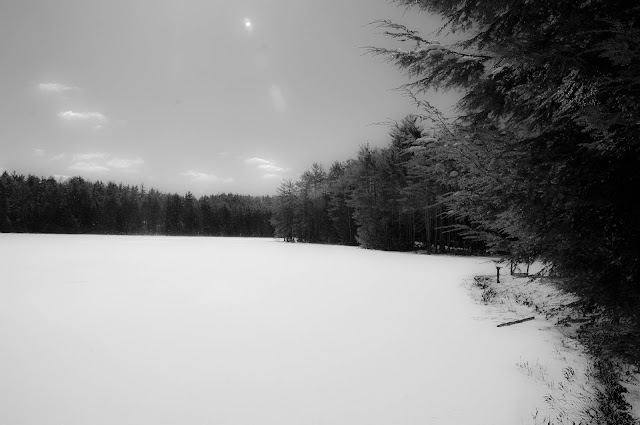 I didn't really have a photo session planned this weekend. But with Beth, Lil and Tracy's visit, there was a moment that became a must-shoot and I made a mad dash into the house for the D70. We had the second measurable snowfall of the season on Thursday, the first being back in October. After visiting the NH Children's Museum in Dover, it was just too nice to be inside. 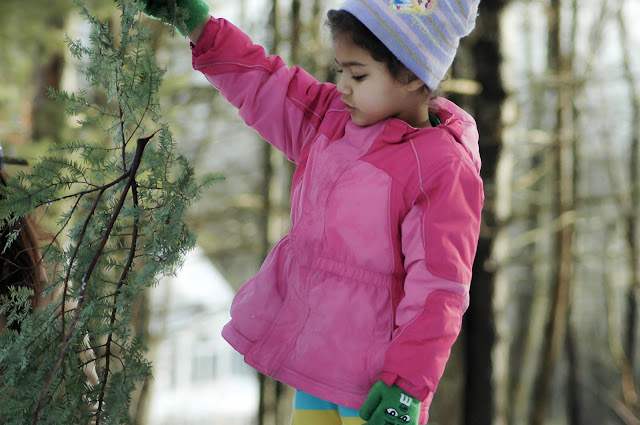 I love outdoor photography. I love the softness of the light, the snow and the crisp air. 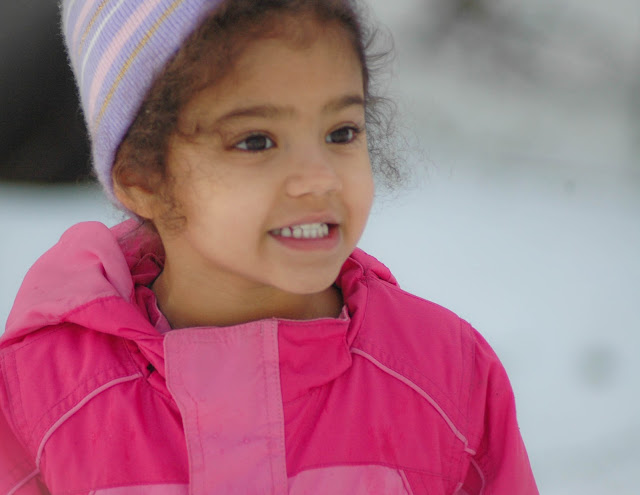 The snow was perfect for packing and rolling into a snowman, so we gave it a go. All the while, I'm wondering why does it have to be a snow"man?" Why can't anyone ever put a feminine twist on it? We had a good laugh about it, and eventually there was a little girly flair to the creature when it was all done. (notice the evergreen skirt at the finish) 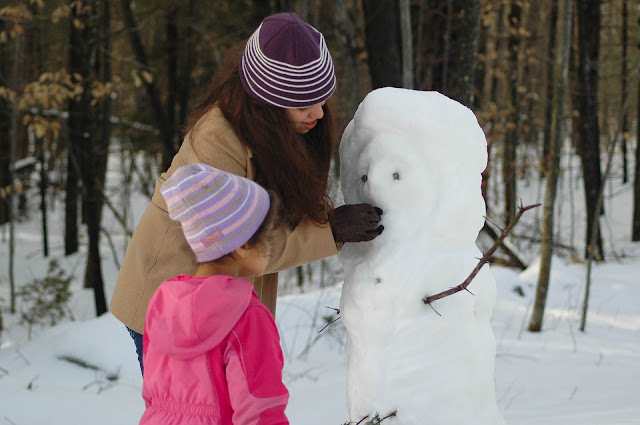 Adding the necessary facial features was important, along with completing the look with essential scarf, stick arms and gloves. Although, it became a team effort, Lily was the most excited. 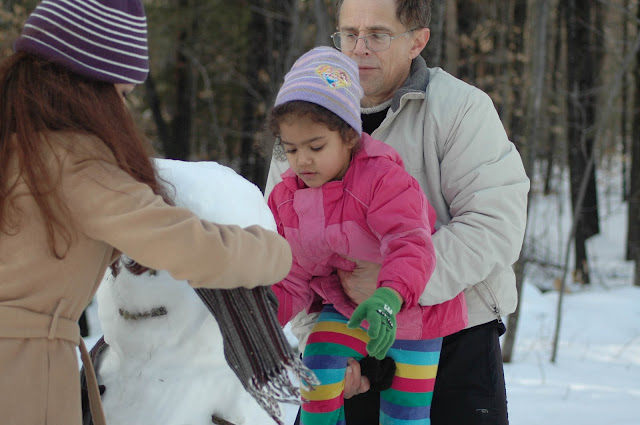 Feeling very proud and happy with the results! 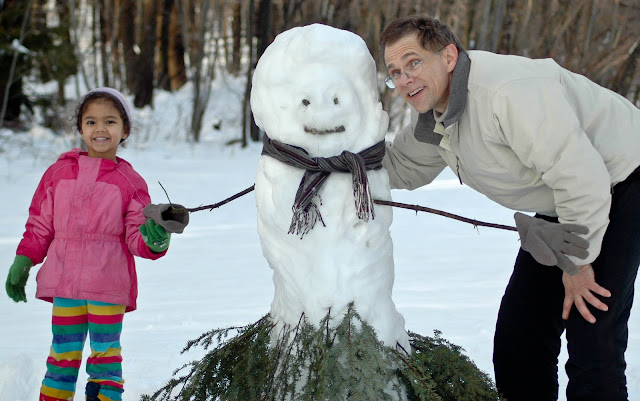 Lily loved playing in the snow, although, it didn't take long for her fingers to be frozen in her little MandM gloves. 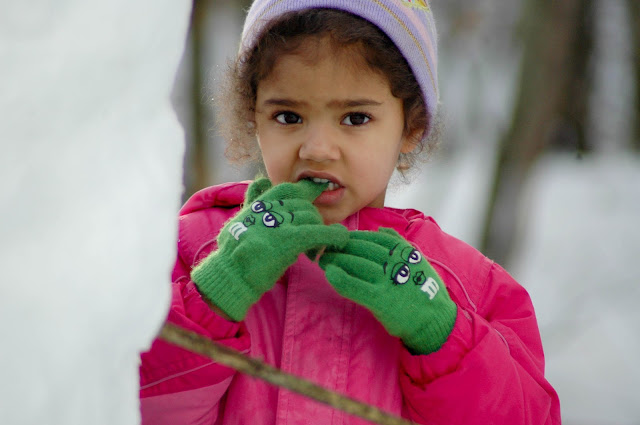 Just before the snow"girl" creation, we had been sledding down the hill from our backyard to the driveway. After a number of runs, the snow was in perfect shape for ending up in the middle of the driveway. It wasn't until Beth and Tracy came home that the fun evolved into snow ball slinging, ganging up on Poppy (girl power) and the idea that building something resembling a snowman had to happen. These moments are fun, totally unplanned and sitting here today I wish we could do it all over again. 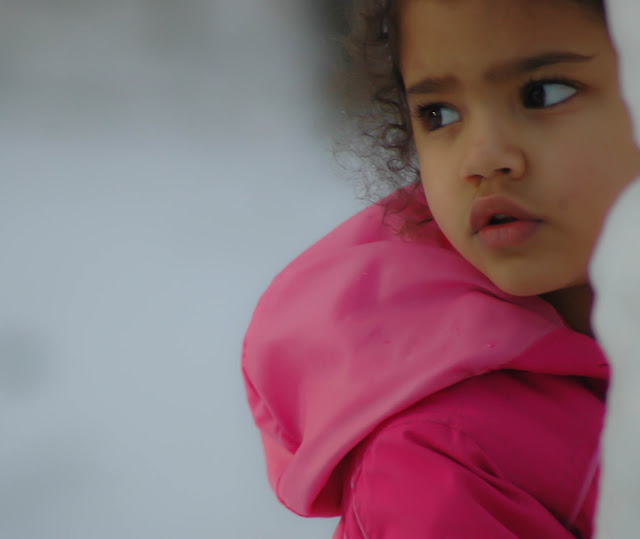 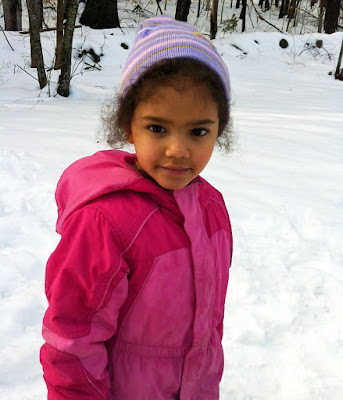 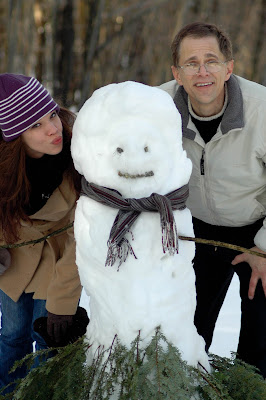