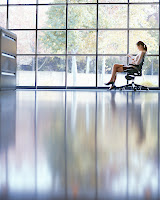 Some things just aren’t meant to be... so, turn and walk away. Don’t look back, don’t have regrets, don’t count the loss. Give up the idea to fix it, prove the truth, or right the wrong. Stop being so surprised, get past the shock, and don’t shed one single tear. The sooner I learn that, life will be a lot less stressful and much less anxious. Plain. Simple. Let me explain.

I was never more shocked than when I recently received a letter in the mail, totally unexpected, and very ill-timed. It arrived the week before Christmas. It was from the Society of Church Consultants telling me that I should not renew my membership when the expiration date comes up in the next few months. I have been a part of this group since receiving my Church Consultant Certification in 2004. Eight years, I have been a part of this group, who only in the past few years was formed into a “Society” for the sake of identifying those who had been trained by a specific group, thereby branding with certain credibility and credentials. It was also a place where my profile was listed among others who were trained and certified, so that a church leader looking for a consultant could choose from the list and feel fairly secure that the work to be done would be done with excellence and objectivity, yielding results that would help to change their church organization from the inside out, helping them to become a much healthier place to worship. This process of helping churches was truly a part of my core reason for wanting to be trained. After having grown up and spent most of my life in a dysfunctional church, then working on staff at one of the largest, healthiest churches in the US, it became a passion of mine to learn as much as I could about church leadership, organizational leadership and be trained in the one thing that I felt would really help churches. It was very satisfying to know that when a church leader would call with questions or problems, that I actually had valuable information to share with them and the ability to listen to their issues, make assessments and evaluations, ultimately ending with recommendations that brought a certain measure of hope.  I felt I had found my niche and truthfully enjoyed the work and interaction with others in ministry.

As I look over the list of churches that I have helped, I’m pleased with the quantity and quality of the work. I am pleased with the number of hours spent with church leaders and committee members, the in-depth conversations and interviews, and the amazing glimpse into church life done in so many different ways.  I reread the comprehensive reports, each one would refresh my memory of the time spent with that church and I still felt positive the reports were some of my best work. Commonly, these reports were 25-50 pages long, some longer. Each word was chosen with care because I knew the value they could have and the potential danger if the statements were poorly written. I didn’t want to leave the church with unanswered questions, misunderstood recommendations or incomplete evaluations. This would have been a waste of their time and resources. And the bottom line, ministry was going to be affected, and I wanted it to be extremely positive. It was such a rewarding and unique experience, and I knew that it was what God wanted me to be doing at this time of my life.

Getting a letter in the mail, instructing me to NOT renew my membership, was more than just a little bit surprising.  Well, that was just the first paragraph. The rest of the letter was even more confusing. They contained the reasons why they were asking me to do this.

The details are sketchy, but involve a church in Florida that I once did a consultation for…..for free, gratis, pro-bono, not one penny. For some unknown reason, they have decided once again to be less than Christian and spread lies. This time they affect me directly.  The motivation or reasons for the timing on this attack have not been disclosed, but it does leave me mystified and very curious. What’s more amazing is that the “Society” chose to believe them and take their word as truth, without so much as even having a conversation with me.  It’s equally amazing when people think they know you, know everything about your life and have never asked you one single question to your face personally or verified any of the obviously rumor-mill generated details. But feel compelled to repeat them, over and over. By doing so, they jeopardize your reputation, your career, your relationships and your influence. I’m beginning to believe that those people must feel really small and have to somehow level the playing field, unfortunately down to their level.
In short, apparently the life changes I have made in my life since 2004 have come under scrutiny and into question, my credibility has been reviewed, and my choices have been judged. Once again, apparently individuals from the past were meddling with my life, spreading untruths and slandering my reputation to the point that the Society made a judgment without so much as even calling me to have a discussion.  In really short, I truly believe those people are very unhappy and can’t stand to see me happy. The joke is on them however!

But, wait a minute; I thought that a person who decided to follow the direction of God for their life was doing the right thing? I thought listening to the Spirit and allowing it’s guidance to help me navigate life day by day was a good thing. I was under the assumption that God still cared for me and wanted me to make choices that would be pleasing to Him. I thought God was big enough to wrap me in His mercy and grace and love me through it all. I depended on God to show me His fingerprints and give me signs that I was moving in the right direction. I prayed fervently that if my choices didn’t come in alignment with His will for my life that He would show me otherwise. I expected that there was no condemnation for those who are in Christ Jesus. The results of my life were proof enough that I was (and still am) trusting Him. So, why the judgment? Why the rejection? Why the lack of a Matthew 18 process? Why take the word of others as truth rather than seek the truth? Why not research the details the way we were taught in the consulting classes….with objectivity? Not one bit of it made sense.

So, here are the conclusions that I’ve come to, by intense reflection, meditation, conversations and prayer. It’s not going to be sugar coated, dumbed-down or written to make anyone feel better. It doesn’t even make me feel better writing this. But it does make me determined to follow God’s leading in my life, despite the objections, criticism and judgment.  I say conclusions (plural) because there isn’t just one lesson to be learned here.  Rarely do life lessons come in single file. They have a way of ganging up and pounding on us till we are totally immobile, lifeless, devoid of hope. Why is it that inevitably this is the point where we hear the unmistakable gem of wisdom that will forever be our guide in the future? Why don’t we hear it sooner? Who really knows.

Conclusion #1: Unfortunately, grace is not applied evenly, it’s illusive.  It’s common in the church world for sins to be ranked according to severity or weighted according to social acceptance, and grace is given relative to these criteria, however disproportionately. Grace was freely given to anyone and everyone, Jesus made that possible. So why do we put parameters around its distribution? Even in the world of church, grace is so misunderstood, kept to ourselves, not spread around freely enough. Grace is often applied if the guilty party has come around to submission to a certain subset of rules and regulations and qualifications. Wouldn’t it be amazing if grace was given, oh I don’t know, just because? Even though the person doesn’t (in our own minds) deserve it? Even if perfection hasn’t yet been achieved? Who has to make up their minds about to whom to give grace? That just doesn’t seem right.

Conclusion #2: Churches don’t need my help. People in churches might need my help. So many church organizations wield too much control, power and judgment over the broken people who walk through the doors. I no longer believe that God has called me to help those kinds of churches. Instead, He’s saying go towards the people who really need help, the broken, the widows, the fatherless, the poor, the disenfranchised.

Conclusion #3: People will forever judge others and feel justified doing it.  “Evangelical judgmentalism” is a recently coined term that pretty much defines this concept. However, I don’t believe the two can co-exist. Judge and jury are not part of the great commission. There is no longer any reason to stand for judgmentalism, Jesus died and grace is a free gift. And scripture states that “there is therefore no condemnation for those who are in Christ Jesus.” I opt for this promise instead.

Conclusion #4: Matthew 18 isn’t as popular as it should be. The simple structure of resolving a perceived conflict does not contain a difficult set of instructions. If someone offends you, go to that person. Not everyone else in the world. Seriously, it’s a method that would solve a whole lot of problems if it wasn’t brushed off the table quite so often.

Conclusion #5: I belong with grace-filled, non-judgmental, non-criticizing, loving, empathetic, caring people who love God and don’t keep Him in a box. As my faith and relationship with God deepens, so does my realization that moving towards others of like-mind and spirit is the better way to go.

Conclusion #6: I don’t belong with grace-less, hypocritical, judgmental, critical people who claim to follow Christ, but do the opposite of what He would do. Again, as my faith and relationship with God deepens, unless He has directly called me to share my faith with that person, or help them in some way, moving away from the negative spirit is critical for survival.

So, in conclusion, whatever hurt or pain someone intended to inflict, it didn’t work. I am not disappointed this happened. Instead, I’m realizing that what some meant for evil, God uses for good. This experience, even though it made me sick to my stomach initially, I’m stronger for being on this side, more healthy, more whole, and happy that I didn’t’ succumb to the arrows flung my way. Praise God from whom ALL blessings flow freely, causing abundance of grace, mercy and love to flow into my life in surprising and miraculous ways every day. I stand in awe of Him…not those who wish to destroy.
1 comment: